☰ Table of Contents show
What are Scorpions?
How to get rid of scorpions

Relatives of the spider, scorpions are eight-legged creepy crawlies that can be found across North America and beyond. Using their impressive pincers, they grab passing prey and sting it with their telson – the poisonous bulb at the end of their curved tail. Luckily for us, they mainly eat insects and the occasional small rodent. However, they can give a nasty sting if threatened, although there are very few species that have stings strong enough to kill a human.

Scorpions are able to withstand the harshest of environments, but most species live in dry desert environments, where they spend the heat of the day hiding out in burrows, waiting for night to fall. The ingenious scorpion can, however, find their way into houses and outbuildings, but as stubborn as they are, scorps can be got rid of pretty easily.

How to get rid of scorpions

The best way to get shot of these nasty little critters is not to allow them in in the first place. This is simply achieved with just a bit of planning.

Once you’ve made your home as scorpion proof as possible, if you already have them indoors, it’s time to send them on their way.

Ground cinnamon is a great repellant as scorpions hate the scent, so sprinkle or place saucers of it around in strategic areas.

Lavender or cedarwood oils placed around your home will quickly drive scorps elsewhere.

Diatomaceous earth can be scattered in places where scorpions will come into contact with it. It sticks to their exoskeleton, and the tiny particles pierce the hard surface, killing the scorpion.

Boric acid is toxic to many creatures, including people, animals, and scorpions. If you do decide to go down this route, make sure it’s placed well away from kids and pets, and that they don’t touch any scorpions killed with this method.

Glue traps are a great idea for getting your own back.

They are strong enough to hold even the most determined scorp and you get 72 boards in a pack – that’s a scary amount of scorpions.

These methods have proved very effective, but if you have a bad infestation and you feel you need a hand, ring your local pest control company. 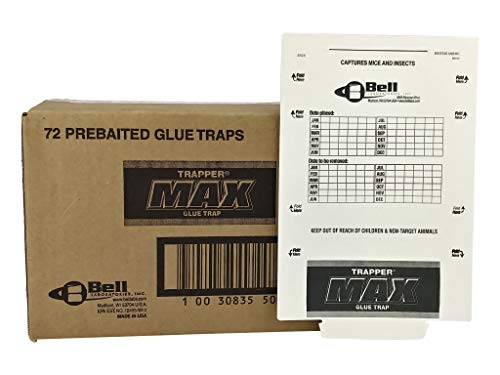